Welcome to the Nordic Biochar Network

A joint initiative of researchers in the Nordic countries to increase and spread knowledge about biochar.

We are continuously working on extending our network, planning events, workshops, conferences and sharing knowledge about biochar.

If you would like to get in touch with other biochar researchers, producers and users, learn more about biochar or share your knowledge, join the Nordic Biochar Network.

Find here the latest updates about upcoming events around biochar – both arranged by the network, but also by external organizers.

Roskilde University, together with the Nordic Biochar Network, the Food and Bio Cluster Denmark, Energy Cluster Denmark and CLEAN cluster organizes a one-day seminar about pyrolysis and biochar. The program will include talks and presentations about ongoing R&D activities, developing markets, and recent results. Moreover, a handful of pyrolysis technology companies will exhibit their concepts in the breaks and final session together with the involved innovation clusters. Find the full program here.

The webinar is free but registration is required, and the number of seats is limited!

Testbed Ellinge  announces the 1st Swedish Conference on Sewage Sludge Biochar. More than one third of the Swedish sewage sludge is spread on farmland, but a ban could be just a decade away. Sewage sludge pyrolysis with farmland application of sludge biochar is an exciting alternative, giving opportunities for e.g. phosphorus looping, volume minimisation, local energy neutral sludge destruction, removal of cadmium and organic micropollutants, and carbon sequestration.

The conference will touch upon several aspects regarding sewage sludge pyrolysis and sludge biochar characterisation and applications. The first day will be filled with exciting talks about the research in the field. Furthermore, technology providers will have their opportunity to present their set-ups and findings. The second day will have a focus on workshops for discussing e.g. the road of implementation of sludge pyrolysis technology and markets for sludge biochars.

On November 16th and 17th , we arranged a workshop on biochar in urban areas. This two-day event was targeted at cities and communities, but also open to everyone else.

Check out the program HERE.

If you missed it, you can find the recordings of the presentations HERE 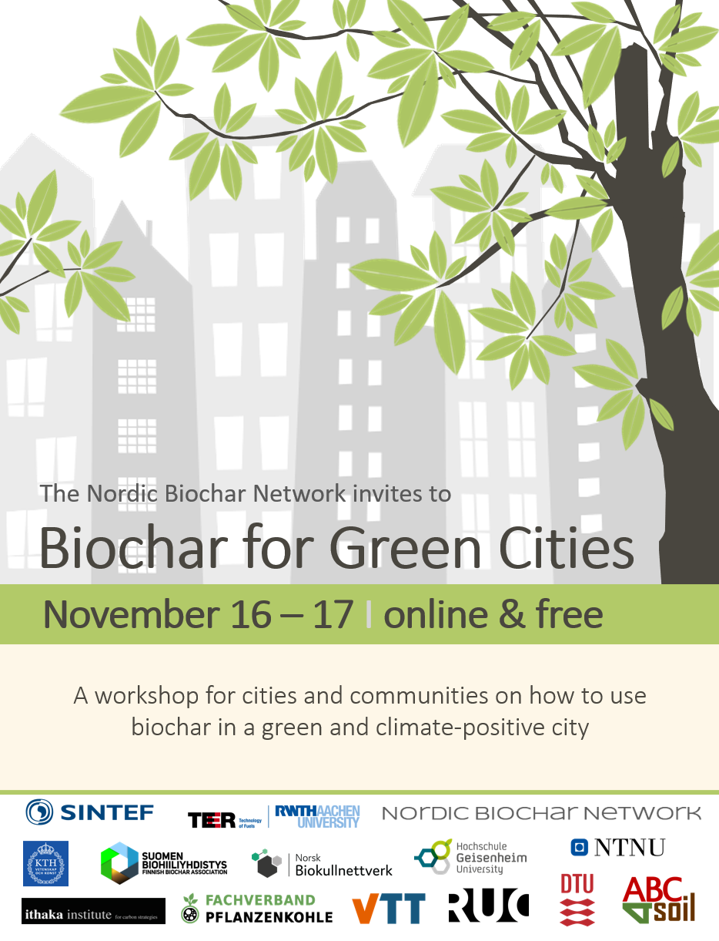 We have have started our biochar blog, where we want to share, discuss and report – anything connected with biochar.

Check out the latest ongoing projects!

The first publication from the Danish-Swedish interreg-funded project GreaterBio has now been released. It is a market analysis of the biochar market that has been conducted by 2050 Consulting and NSR. The analysis has a focus on the near-future development of the Nordic region biochar market with a focus on Sweden and Denmark, but include many perspectives about the expected development that will be relevant in general.

The analysis include current situation mapping, expectations for near-future developments and recommendations for biochar stakeholders – producers, users etc. about where to focus their short-, middle- and long-term efforts in this regard.

The analysis is written in Swedish and includes a Danish as well as a Swedish summary. You can download the market analysis in pdf-format from 2050’s website for free. 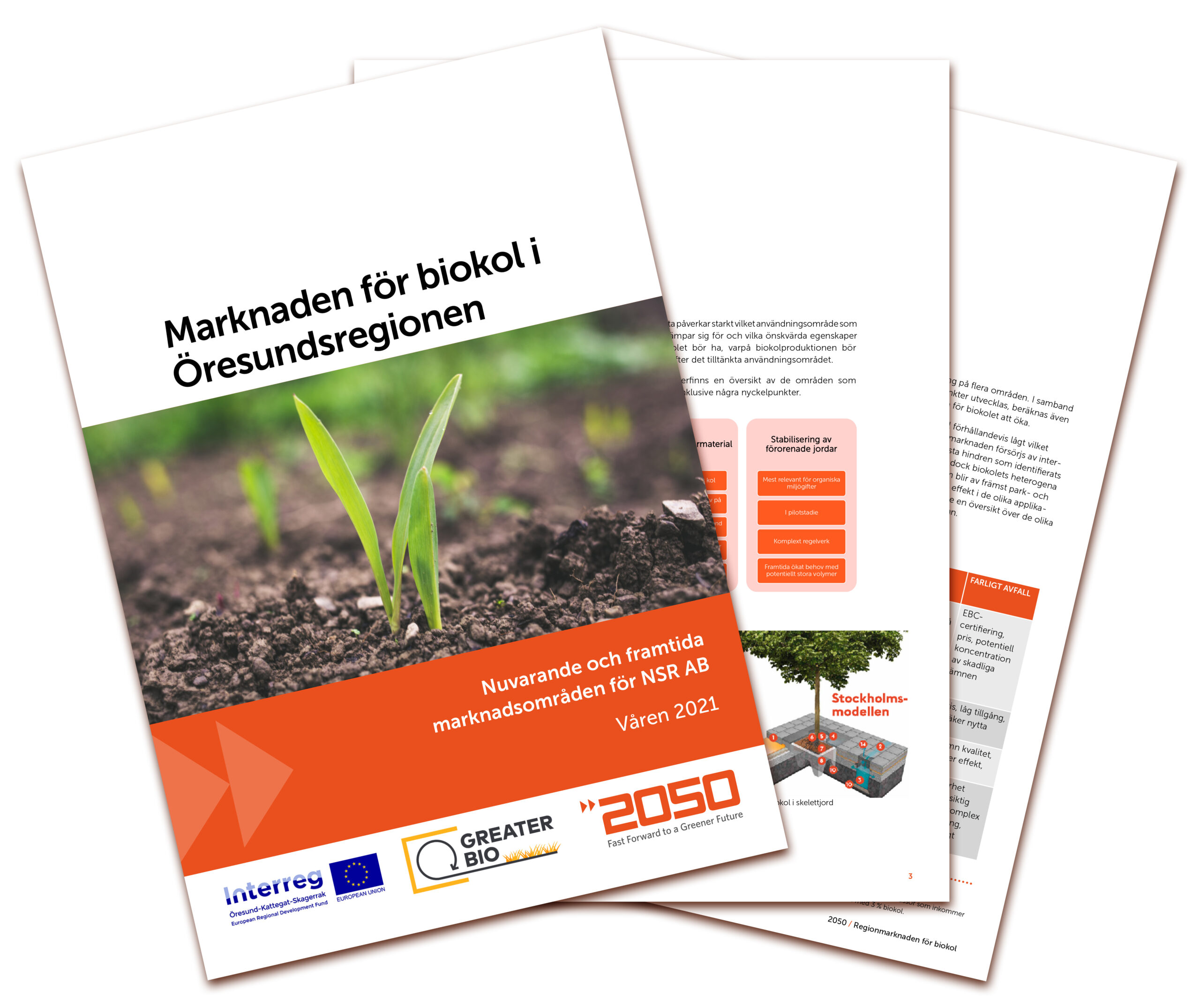 learn more about biochar, its properties, applications and how it is produced

if you have questions, ideas or comments, you can get in touch in with us here