FlowChar (Flow electrodes from biomass-derived char) is the research project currently realised at the Silesian University of Technology with funding from the Norway Grants 2014-2021.

The idea behind FlowChar is to combine two processes:

The main idea behind the FlowChar project is to integrate water desalination and biomass thermochemical conversion technologies by employing the residual gasification char as the electrodes during capacitive deionisation of water. The expected advantages of this solution are twofold – the reduced costs of the water treatment and the improved performance of the gasification process. Achieving these benefits should be enabled by the complementary roles of porous carbons and alkali and alkaline earth metals (AAEM) in each of the two processes. Gasification char is an abundant by-product of biomass conversion and, just as activated carbons, it can possess the attributes required of the electrode material, i.e., high surface area and microporosity. On the other hand, salt ions (including Na+) are considered as a contamination of the water used, e.g., for agricultural purposes, while their presence in char catalyses the gasification reaction, thus improving the biomass conversion efficiency. Current knowledge on these phenomena provides valid grounds for the assumption that the utilisation of char, created in abundance in the gasification reactor, for the removal of the salt that contaminates water and a further thermochemical conversion of the salt-saturated char would contribute to the cost reduction of the desalination cell operation and the improved performance of the gasification plant.

Combined energy and clean water production could be used in a variety of remote locations where grid connection is difficult. This solution would be particularly suitable for the agricultural sector that produces a substantial amount of waste biomass and has a large water demand.

Locating such systems close to brackish or sea water would allow for biomass utilisation and clean water production on site, eliminating the environmental impact of transport, which is in line with the distributed generation policy, while respecting the principles of the circular economy by implementing the closed cycle of energy and water production.

The feasibility of this concept requires answers to three fundamental questions:

The scope of the FlowChar project is to verify each of these questions via a dedicated work package. 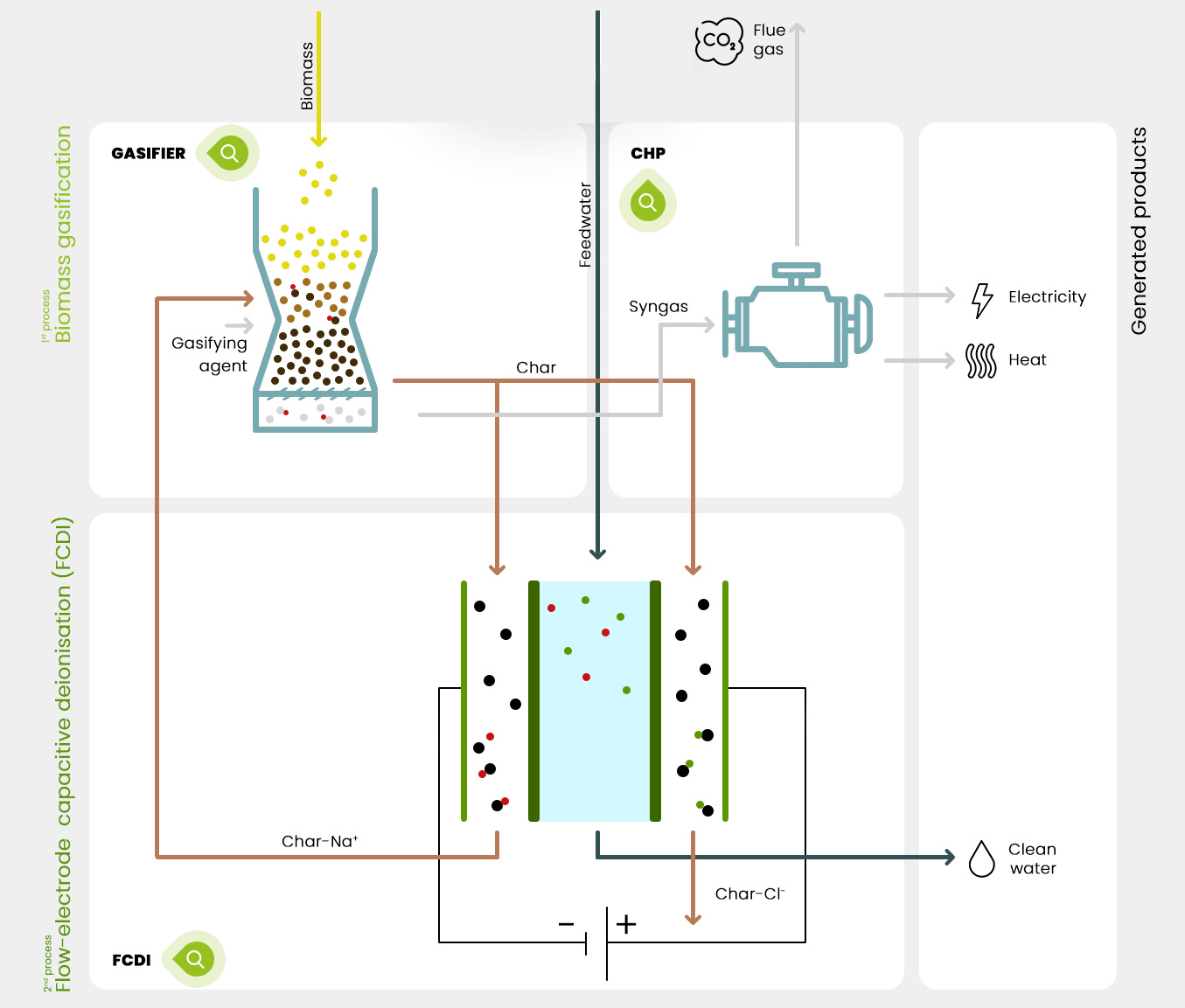